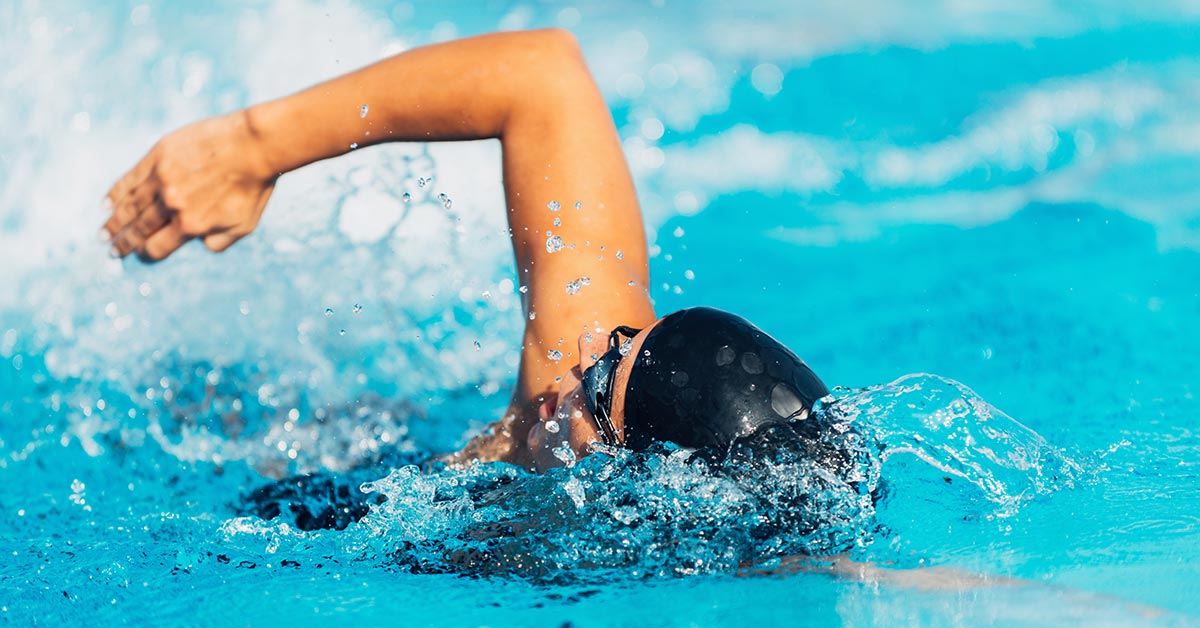 While it might seem so simple to people without training and who only go swimming for recreation, swimming is actually pretty complex. There’s a lot of technique involved with a lot of body parts when you do it right. And by “right,” we just mean the most efficient way that maximizes speed while minimizing fatigue.

Once you’ve learned the basic strokes, the best way to improve—along with practicing the strokes and kicks—is to focus on common swimming mistakes that beginners often make. Cleaning them up is a good way to quickly start swimming even better.

So, take a look at these common swimming mistakes and pay attention to which ones you’re making the next time you dive in. They’re fairly easy to eliminate once you’re aware of them. And when you’re done here, also take a look at our post on tips for beginner swimmers.

Don't miss any of our original content about swimming and aquatic exercise! Subscribe to get it all in a convenient monthly email.