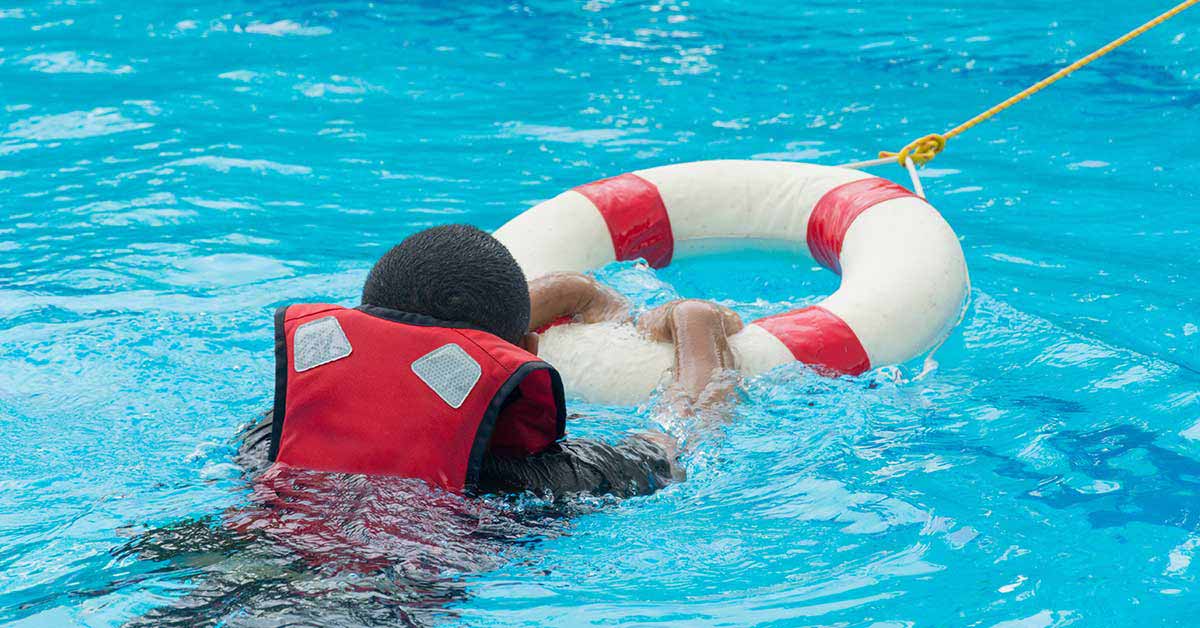 While drowning by submersion is by far the greatest water-related risk to children, there are rarer, less-known potentially fatal risks called dry drowning and secondary drowning; the latter is also sometimes called delayed drowning. They only account for about 1 to 2 percent of all drownings, and typically affect younger kids. However, when they strike, these conditions are particularly dangerous because they aren’t all that familiar to parents, and because the victim isn’t submerged and obviously in peril.

The Difference Between Dry Drowning and Secondary Drowning

The terms dry drowning and secondary drowning are often used interchangeably, but they aren’t the same thing. These aren’t actual medical terms, but they are technically types of drowning, which is defined as distressed breathing caused by water in the airways.

Dry drowning is called “dry” because water never gets into the lungs. It occurs when water is inhaled into the nose or mouth, causing the vocal cords to reflexively close up and resulting in an inability to breathe. The vocal cords may not relax again, remaining closed and causing death.

Secondary or delayed drowning is the result of inhaling water into the lungs, which triggers inflammation in their air sacs. The swelling eventually prevents oxygen from reaching the blood stream, which causes death. Secondary drowning can occur hours to days after the water inhalation.

Signs and Symptoms of Dry Drowning and Secondary Drowning

Even though they aren’t the same thing, the indications that a child is heading toward a dry drowning or secondary drowning are mostly the same. Generally, they include:

If your child ever requires a water rescue, be sure s/he receives prompt medical attention. But whether or not this occurs, if you notice any of the above signs or symptoms, seek emergency medical attention immediately. More often than not, symptoms remain mild and resolve on their own, but these conditions can in rare instances turn fatal; timely intervention is key.

The course of treatment depends on the severity of the symptoms and injury. A doctor will check your child’s oxygen stats and other vital signs and evaluate any difficulty breathing. A chest x-ray may be ordered and oxygen may be administered. In cases of respiratory distress, intubation or a ventilator may be used for breathing support.

Accidents can of course happen at any time and to anyone in the water. But there are effective ways to significantly reduce your child’s risk of drowning, dry drowning, and secondary drowning.

The best prevention is to provide kids with expert swim lessons. This instills important water safety lessons and develops stronger swimmers who are less likely to experience trouble in the water. Review important safety measures and rules with kids before they swim too, and make sure kids have constant responsible supervision while swimming and playing in and around the water. Also, keep pools securely fenced off anywhere that children live or play around them.

Don't miss any of our original content about kids and the water! Subscribe to get it all in a convenient monthly email.